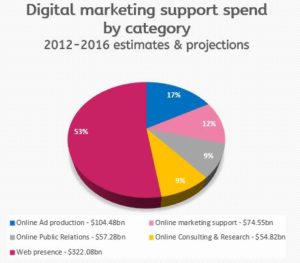 As you can see ads are included in digital marketing services, but the report extends to spending on PR, listings and presence management, content services, app development, email and beyond. The above chart aims to break down the market by five broad spending categories for 2016.
A particularly interesting takeaway from the report is that the two categories that businesses spend the most on have changed from web hosting and design, with SEO and social media management taking the top spots. 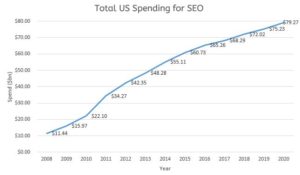 This would suggest that businesses, having established their sites, are now looking to make sure that they can compete in the crowded online marketplace. It also strongly suggests that SEO is on the rise, predicting that the $60.73 billion will be spent on SEO this year, with that number set to rise to $79.27 billion by 2020.

The numbers in the report are huge and may be met with scepticism. However, it is clear to see that a lot more money is being spent on digital marketing related services which don’t involve media buying than there is on advertising, on which around $200 to $300+ billion is being spent in the US, showing that SEO is more important than ever.

Google Shuts Down PageRank to the Public 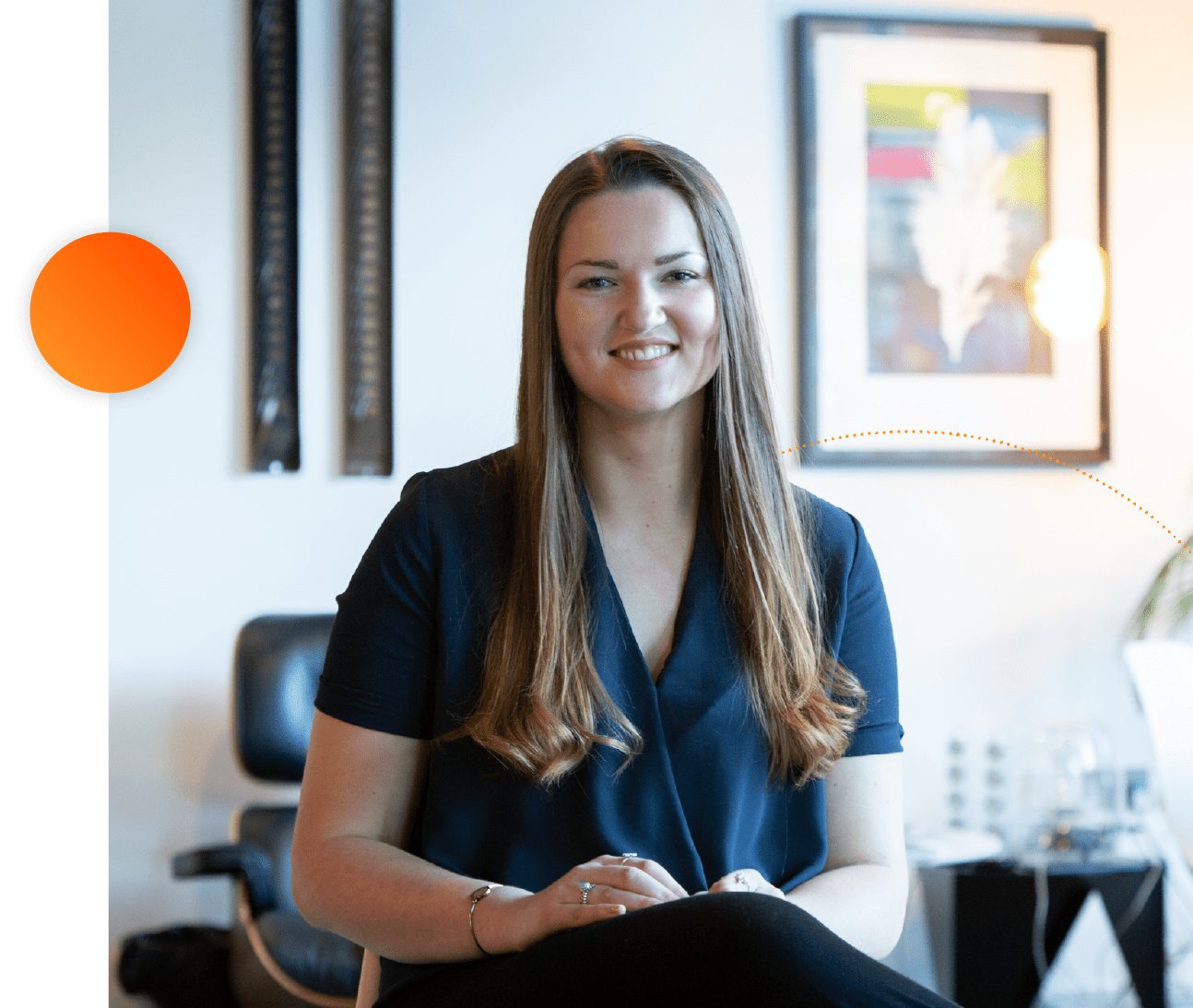