I’m lucky to have worked in digital marketing for over a decade. During that time I’ve learned so much from the people I’ve worked with along the way including Sam Noble, Mark Johnstone and Lexi Mills, and last but by no means least, the talented Evolved Search team.

Over that time Digital PR and Outreach has completely transformed. Some practices that were deemed alright back in the day are not relevant anymore or in some cases, extremely black hat now.

At Evolved Search, we don’t believe in keeping knowledge to ourselves. With that in mind, I wanted to debunk 10 PR myths and hopefully help to revamp your approach.

1. You Can’t Launch A Campaign On Friday

Like any PR myth, this is a pretty established one, passed on from person to person until it has become an unwritten rule. But the truth is, it just isn’t right.

From my time in journalism, I know that most publications have their editorial planning meeting between 9-11am on Monday. So if you send your outreach email over on a Friday you’re ahead of the crowd.

It’s also worth remembering that most newsdesks are manned 24/7. So if you’re worried your email won’t be seen if you send it on a Friday, don’t be.

One of our campaigns for Money Guru went viral, gaining regional, national and international press. The starting point? Weekend staff.

There isn’t a hard and fast rule. It can differ by sector, but please don’t discount the untapped hero that is Friday.

2. The More Complex The Better

Albert Einstein said that “If you can’t explain it  simply, you don’t understand it well enough.” This is true for content campaigns. If the idea behind your campaign is so complex that you would struggle to sum it up it in a sentence, then how are you going to sell it in to press?

It’s so easy to get caught up in creating outstanding visuals, parallaxes, tools and microsites. After all, they’re an attractive asset to show press. However, creating visuals for visual’s sake is simply a waste of time. Some of the best results I’ve achieved for clients have been down to the data provided, not the visuals.

Data is the key to success. Visuals aren’t always needed to tell the story. Some press won’t even use external images anyway, so analyse your target audience before you commit time and money into creating beautiful imagery that may go unseen.

4. You Only Need To Monitor Current Campaigns

Many of us monitor our current campaign on weekly, if not daily basis. So why are we failing to check how our old ones are performing? After all, so much work has gone into its creation.

While there may not be one perfect tool to rule all a quick backlink check using tools like Moz, Majestic, Buzzsumo and Ahrefs will soon show what traction your past campaign is getting.

If you notice it’s getting more coverage than you’d expect, then it may be worth re-outreaching it.

5. Once A Campaign Is Done It’s Done

Are you guilty of leaving a campaign to gather dust once promotion has ended on it? If the answer is yes, then you’re not alone. However, if you promote the campaign when it becomes newsworthy again you can gain a second wave of coverage, maybe even a third.

I asked my Twitter following about this, and happily, an encouraging 67% said they do follow up on past campaigns, but that still means that 33% said they didn’t. That’s a lot of campaigns left to fade into insignificance!

Believe in your campaigns. If they still have value after (what Stacey McNaught has coined) “active outreach” has ended, then return to them when they become newsworthy again.

For us, it’s proven time and time again that this is worth doing. We promoted one of our campaigns four months after it initially went live when it became relevant once again and it landed up in Independent, New York Times and Fox News to name a few. Eight months later we promoted it once more and The Register covered it.

6. You Don’t Need To Personalise Emails

Online journalists get inundated with hundreds of emails a day. Some relevant, some extremely irrelevant. Our research shows that they are under pressure to produce up to 10 articles a day. One thing they can sense from a mile off is a mail merge, my advice is don’t bother. Journalists also know if they’ve been sent a blanket email and they could call you out for it on Twitter.

A bit of personalisation in your outreach email goes a long way. Taking the time to read their recent articles and comment on why you feel your campaign would be relevant to not only their readers but to them as an individual goes a long way. It shows you’ve committed time to establish what they cover and how they talk about it.

7. If You Build It, They Will Come

A campaign is very much like a child, it’s very special to you, incredible in fact. But to other people, it’s just another campaign. It’s important not to presume that you will pick up coverage from the get-go, simply because the campaign exists. Some take more time to gain pick up from others.

In addition to having a robust outreach strategy and a strong campaign, you also need the right contacts. I cannot stress enough how important relationships with journalists are. It should be a give and take relationship, otherwise if you’re always the one taking what’s in it for them? You wouldn’t stay in a friendship like that, so don’t expect journalists to. Sourcing case studies, for example, saves journalists so much time.

Ensure that you only send over content pitches relevant to them and try to maintain and build a relationship over time. If you notice they need help with an article why not lend a hand? It’s all about balance.

Who is still sending physical attachments to journalists? Not only will it take an absolute age for your email software to send it, but it will also take forever for the journalist to receive the email and download the data. The end result? Wasted time and an irritated journalist. Not to mention some servers automatically block emails with attachments, so you run the risk of your email never seeing the light of day.

There is a benefit to providing a press release, data and additional assets to a journalist, but in the right format. That’s where handy software like Dropbox can help. You can essentially provide everything that a journalist would need in one place that they can download from anywhere. If you need to make an edit to any of your outreach material you can do so instantaneously rather than reply to a journalist with the updated information.

It can be a challenge to find the silver lining in such a results-driven industry but try you must. If a journalist has taken the time to get back to you to turn you down, that’s a good thing.

Sounds weird right? But it is. With journalists receiving hundreds of emails a day you’re lucky if they even open yours. A no, in my opinion, is better than radio silence. It’s also an indicator that the outreach email and its title is standing out amongst a sea of hundreds.

So if a journalist takes the time to reply, even if it is to say not this time, say thank you and move on knowing that your message is getting through. Try not to be disheartened.

To quote a line from 90s romcom classic You’ve Got Mail: “It’s not personal, it’s business.”

Some campaigns will perform better than others. That’s just life. You can put all the time and effort you possibly can into a campaign but there’s going to be times when breaking news, editorial policy or factors outside of your control means you don’t get a backlink in your coverage.

It’s important to note that your campaign doesn’t deserve a backlink purely because it exists. A link, after all, is a trust signal, not just from Google’s perspective, but also from the journalist providing it. You need to ensure that what you’re providing is adding value, otherwise what reason does the journalist have to include the link? Can they easily tell the story without needing to mention your client, or include your visuals?

Will it allow the reader to find out more on the subject, or simply visit your client’s homepage? Linking out is a two-way relationship so make sure you’re doing your part by making your campaign as insightful as possible.

Want to talk more about debunking PR myths? You can find me @ruthbarrettpr on Twitter, I’d love to hear yours!

Ruth is currently the Senior PR & Outreach Manager here at Evolved Search.  With a background in digital marketing and journalism spanning over a decade, Ruth has gained coverage for clients in Forbes, Fox News, BBC, Independent, Guardian, Daily Mail, Telegraph and The Times.

Content & Digital PR Strategy: What should you be thinking about? 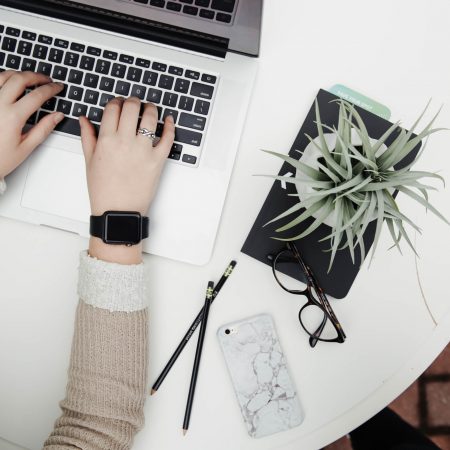 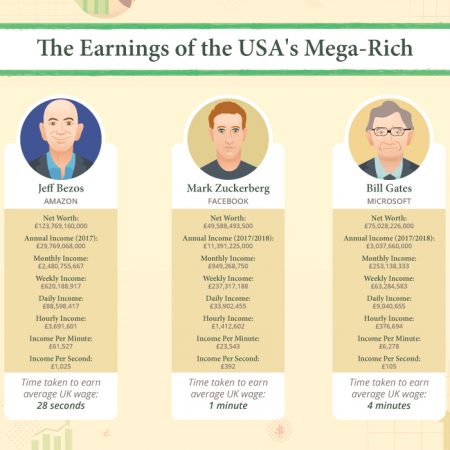 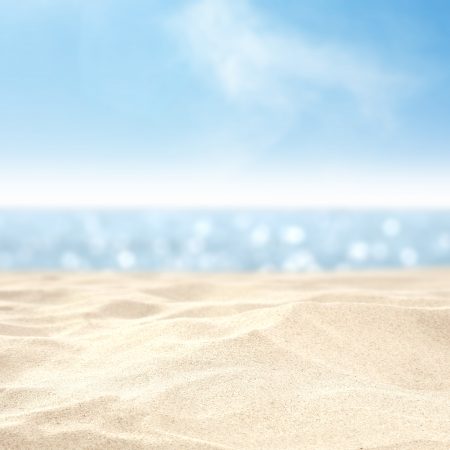 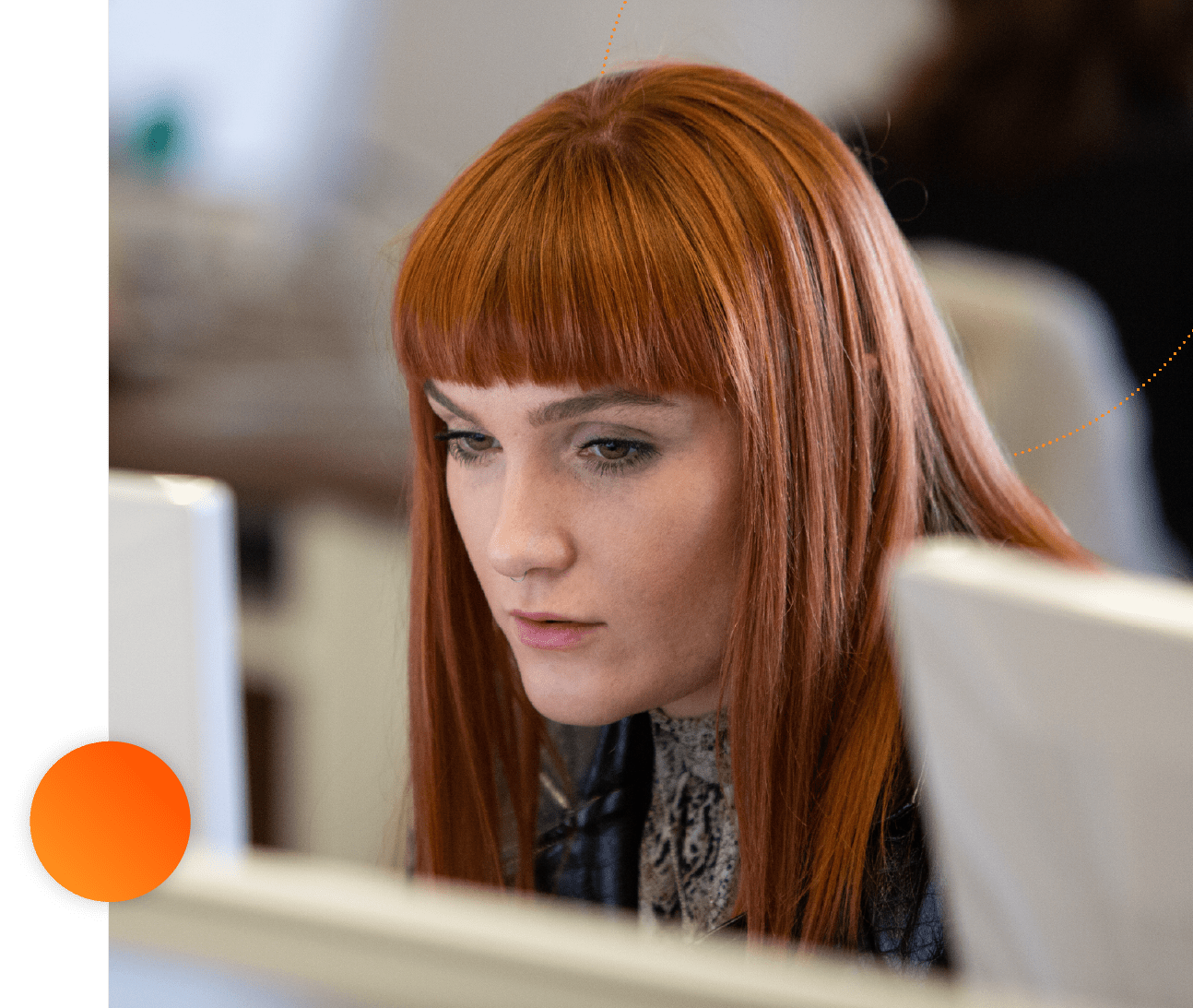